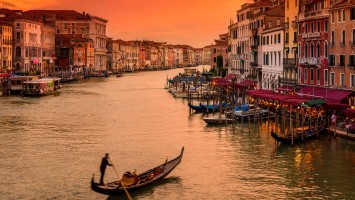 The Four Seasons in the ancient San Vidal Church

Listen to the Four Seasons of Vivaldi in the marvelous San Vidal Church!

An event where art meets music, a perfect combination to spend an unforgettable night!
The greatest Venetian violinists and musicians will perform masterfully the Four Seasons of Vivaldi: its most famous masterpiece. The orchestra is known as Interpreti Veneziani and it is became famous in Italy and all over the world thanks to its ability to execute classical Italian music.

The marvelous background will embellish the night: the concerts will take place in the Church of San Vidal, a Venetian jewel in Campo Santo Stefano, few steps to Accademia Bridge and Saint’s Mark Square. 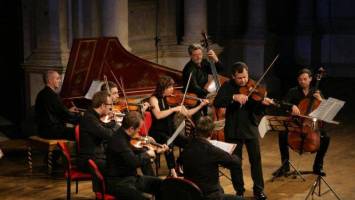 The Vivaldi's Music and The Four Seasons

Vivaldi innovated deeply the music between the 1600 and 1700 changing completely the Italian baroque music. He revitalized the formal and rhythmic structure of the concerto adding many harmonic contrasts and unusual melodies. His style was considered exuberant and was appreciated by both the public and the expert musicians.

The Red Priest achieved success especially in Austria and Germany where people defined his pieces as something magnificent and modern. Sebastian Bach considered Vivaldi as his main source of inspiration. The only country that dislike the Vivaldi was the United Kingdom, which define his music appropriate only for the kids.

After his death his works was forgotten for almost 2 centuries and only after the Second World War, they come back famous all over the world and cherished by many experts.

His most famous masterpiece realized during the period in Mantua (about 1720), where he found inspiration in its countryside, indeed the work wants to describe the nature with its flowers, animals and the farm-life around the rural area.

This piece has composed by four-soloist concerts for violin belonging to the opera “Il Cimento dell’armonia e dell’Inventione”. The opera aims to explain the spirit of each season with the music and sonnets (written by an unknown poet).
Every concert is divided in 3 movements different for speed and intensity and describe the four seasons: “winter”, “autumn”, “spring” and “summer”. The score contains pieces with soloist violins, strings, harpsichord and pipe organ.

The peculiarity is that the music was created to describe the feelings during a season: for example during the winter, the music and the sonnets are colds and darks instead in the summer part they are warms. 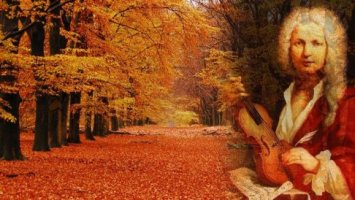 The great art of Venetian Violins

Venice has had a fundamental role in the history of music, in particular for the classical and baroque music.

The Venetian Liuteria (art of realization of string instruments as violins) is another artisan excellence that has characterized the history of Venice during the centuries.
From the middle age, the musical institutions had the task to control the access to art and music.
The central unit of the violins and string workshop was in Mercerie (Rialto Area) and near the Fontengo dei Tedeschi. The most important “scuola” (institution) was in the San Zulian Church.
The high demand of music by nobles, aristocratic and public institutions facilitated the promotion of trade and creation of musical strings instruments as violins and violoncellos. The music in Venice was not exclusively in the theatres but it was played also in the squares or during the great balls organized by the rich families in their palaces.

The Serenissima was famous for its stylistic and technical innovation about musical instruments; indeed Pellegrio Michei (a Venetian artist) realized one of the first prototypes of violin, with the same shape and tuning used nowadays. Venice can boast a long list of masters of this ancient art as Matteo Goffriller, Domenico Montaganana, Santo Serafino e Francesco Gobetti: the experts consider them the most important artists of the history.

In addition to pure Venetian producer, the rich families and some musical institutions hired “foreigner” masters from another north-Italy cities (Cremona or Brescia) and Germany, especially from Tirol, Bavaria and Füssen. The aim was always to innovate the musical word of the Venetian Republic.
Still today, some institutions are trying to preserve the great Venetian musical culture. 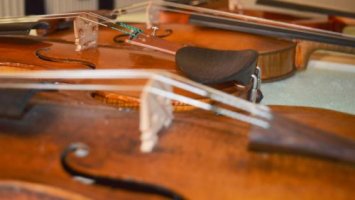